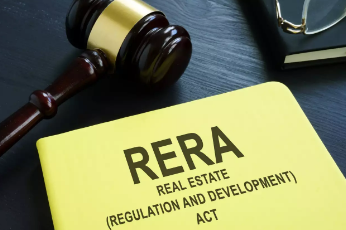 Gurgaon bench of Haryana Real Estate Regulatory Authority has threatened to take penal action against the banks if they auction the project of any builder to recover dues, without taking the approval of the authority. The order came after PNB housing finance ltd decided to auction project of Supertech in order to recover its dues.

One of the buyer approached the RERA and on Friday, the authority stayed the e-auction proceeding. The authority has also said that in future before auctioning any project, banks have to take prior approval of RERA and 2/3rd of home buyers.

About 950 homebuyers have invested Rs 328.19 crore in the project. “The financial institutions/lending banks/creditors have to take prior approvals from the authority at two stages – first before initiating the auction of real estate project and second at the time of transferring the auctioned property to the new buyer,” Haryana RERA said.

The authority in its order dated September 11, has said that the rights of the allottees are not subservient to those of the bank and therefore, in case of failure of the banks to ensure that the funds were applied for the purpose they were granted, banks cannot be allowed to supersede the rights of the allottees. The authority has also clarified that the financial institutions are duty bound to ensure that the loan payments are released to the promoters after due verification of the fact that the payment so released is actually utilized towards the construction of the project.

“The lending institutions/individuals shall be held equally responsible if the amount, so released is not put into construction purpose and is allowed to be diverted,” authority has said. The order is expected to hurt the lending in situations who have been auditioning properties as many developers have failed to pay dues since the lockdown. According to the authority, promoters usually mortgage their project land as well as all receivables from the sold/unsold inventory to lending organisations to get loans to fund the construction costs.

But when these promoters fail to repay the loans taken, then the financial institutions directly auction residential or commercial properties that have been pledged with them to recover loans from borrowers by invoking the SARFAESI Act, 2002.

“Such auctions invoke great anguish and distress to the allottees of the project as there is no acknowledgement of the huge investments made by the allottees into buying their dream home. The future of such allottees is in complete darkness and obscurity. Such aggrieved allottees are bound to languish for their own hard-earned money,” RERA said.

Supertech Limited has approached PNB Housing Finance Limited for a construction loan for the project “Supertech Hues”. The promoter failed to repay the loans taken and the project was put for e-auction by the creditor company.